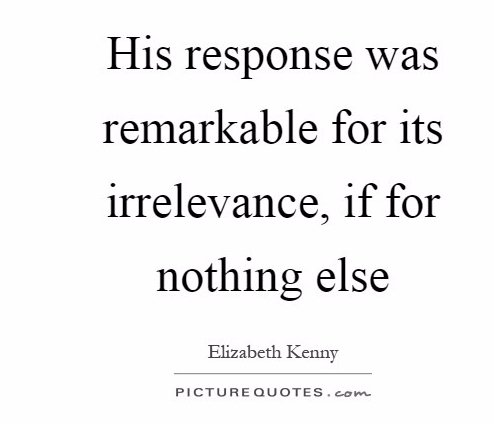 In my last post, I suggested that the American Church had lost relevance with the culture. I promised that in the subsequent postings I would give what I considered to be the reasons this irrelevance has occurred.

First up: The Message.

The first reason the church has lost relevance is because our message has been watered down to an Epicurean, Platonic escapist salvation message. This message is not only watered down, it is not even the Gospel.

Romans 1:3-5 tells us that “the gospel he promised beforehand through his prophets in the Holy Scriptures regarding his Son, who as to his earthly life was a descendant of David, and who through the Spirit of holiness was appointed the Son of God in power by his resurrection from the dead: Jesus Christ our Lord.”

So, the message is that Jesus is Lord, and no one else is. The Church has surrendered the Earth over to the enemy awaiting some miraculous escape, when the Bible tells us the exact opposite. Jesus has become Lord and inherited all things from the Father (Matt 28:18). The Kingdom has been inaugurated and is here. The crown of thorns, the scarlet robe, the broken reed his ordination. Jesus is King! Jesus is Lord! Not in some future, but now. We are his advance team announcing his reign.

However, in this age of personal Jesus’s and separation of Church and State the church has become timid in the political arena. Instead of working towards proper setting the world right justice, they have become more concerned about whether evolution or creationism is taught. Whether prayer should be allowed in school. They should be concerned about how they are going to find a permanent solution to homelessness, hunger, and lack of educational opportunities, ect…
Does the Church want to be relevant again? Start by bringing the Gospel which challenges the status quo. Start by announcing Jesus as Lord and not an escape pod. Start by saying Jesus in Lord!

1 thought on “Irrelevance of the American Church: The Message”

This site uses Akismet to reduce spam. Learn how your comment data is processed.